Your Artists for Change in Prishtina: Queer Film Days and Filmmaking Workshop

Between the 16th and the 21st of July, art.1 had a very exciting time in Prishtina, Kosovo. While the 11th edition of the Prishtina International Film Festival took place, the project Youth Artivists for Change brought the Queer Film Days into the program, screening several movies which regarded LGBTQ+ topics. 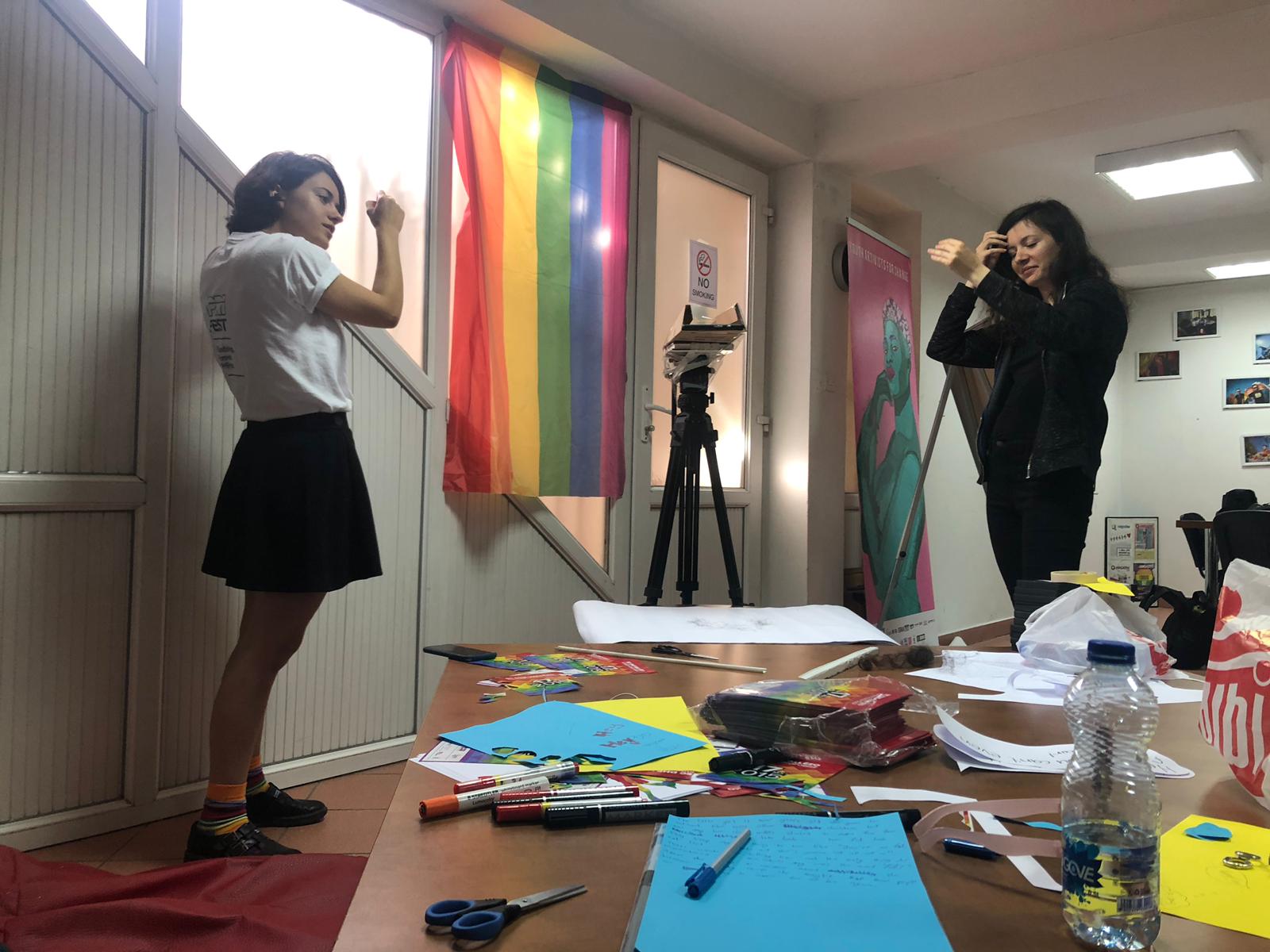 The opening consisted of the film ‘I am Sofia’, which told the story of a young transgender woman from Rome and the challenges she faced. The protagonist herself, Sofia Qyvalar, was present at the event and, after the film, she took part on a debate about the importance of art for LGBTQ+ activism. Alongside her, sat Marriët Schuurman (the Human Rights Ambassador for the Netherlands), Chris Belloni (filmmaker and founder of art.1), and Erblin Nushi (a filmmaker from Kosovo who emigrated to the USA), for a conversation moderated by Sudeep Dasgupta, a professor from the University of Amsterdam. All of them shared their experiences and engaged with the audience in a discussion which touched multiple topics such as the clash of different realities, emigration, the creation of communities and the importance of film
festivals.

The program went on with films such as Consequences – our Queer Film Days selection – from the Slovenian director Darko Štante, which later won the prize of Best European Film, awarded by the festival jury. 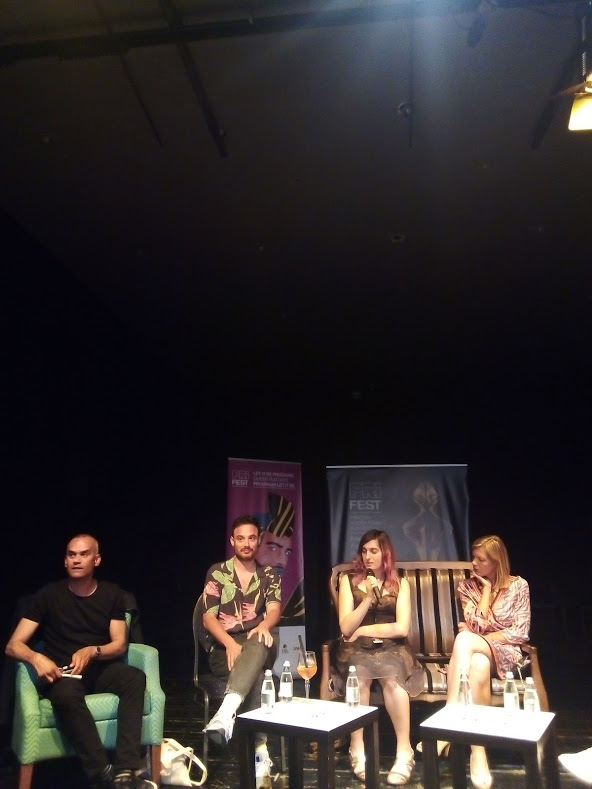 Alongside the screenings and the debates, it was also time for the first filmmaking workshop to take place in Prishtina. The Dutch trainer Nienke Eijsink and the local trainer Gazmend Nela introduced the group of young participants to the primary notions of documentary making and how they can be used to talk about Human Rights, LGBTQ+ issues and Gender Equality. The workshop was hosted in the Drop In Center, managed by Centre for Equality and Liberty (CEL), another partner of the project. The group of young people took great advantage of the safe space to talk about things that really mattered to them, such as asexuality, the process of coming out, fetishes and activism. By the end of the training, they all had produced short films, some were documentaries, while others were animation pieces or stories created from past experiences that they had had. 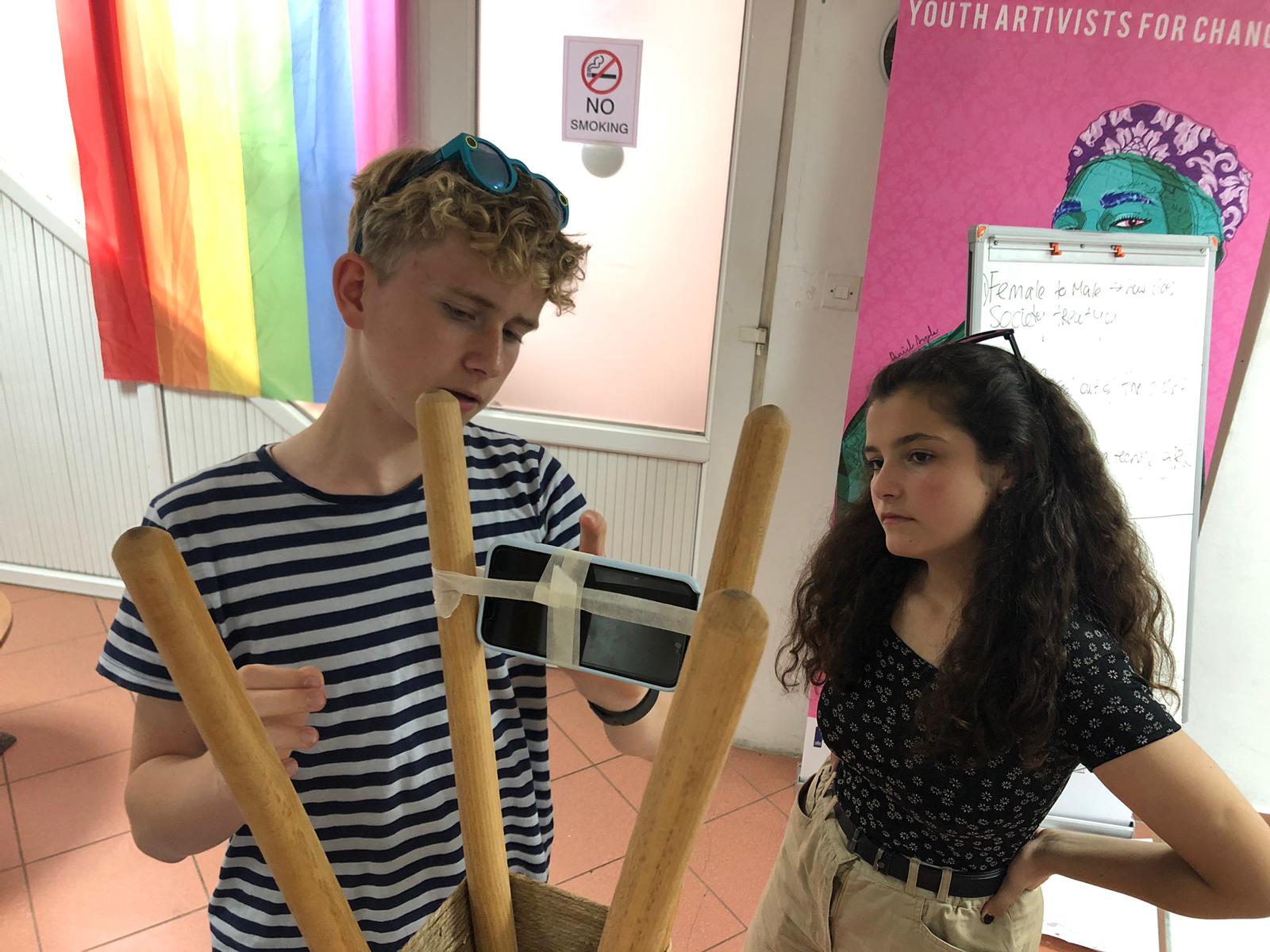 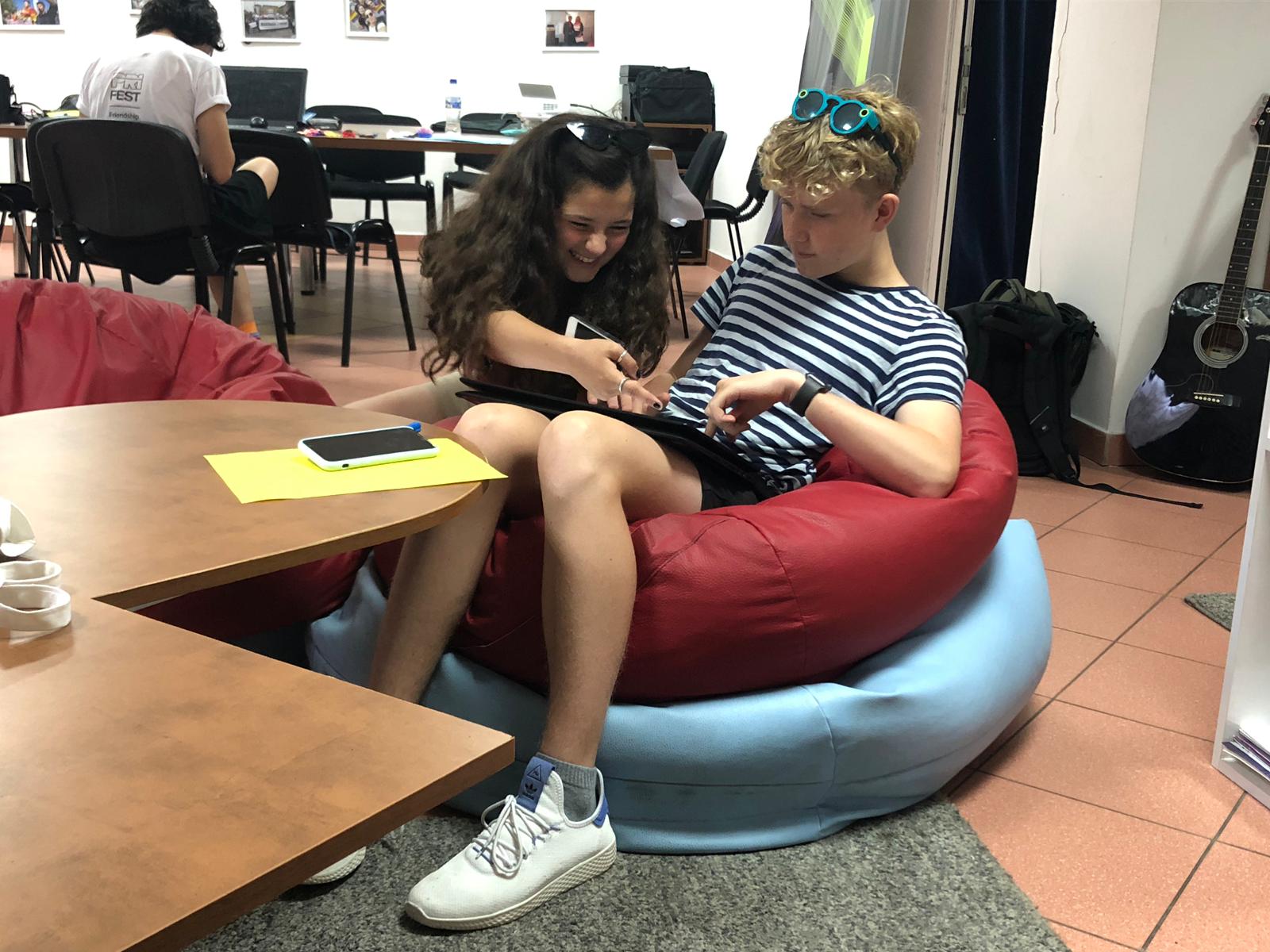 On Saturday, 20th of July, we all gathered in CEL’s safe art space to watch their work being screened. Donarta and Raven worked on a piece about bullying and fat shaming, while Valza created an animation alerting for violence. Bjeshkë made a documentary about the protests which had taken place in the previous day, regarding the police discrimination towards the Roma community in Kosovo. Gentrit created an animation about feet fetishism, and about the taboos and prejudices it involves. With Donarta’s help, Alba also told the story of how a friend of hers commited suicide due to an unexpected pregnancy which would not be tolerated by her family. On top of all of this, there was still time for an animation about being asexual, developed by Vernesa, and an animation about coming out of the closet as a lesbian, created by Alba. Raven also produced a short film where he interviewed everyone and made a summary of the workshop that showcased how much fun everyone had had (especially when they had to get very crafty and creative to find ways to overcome the absence of tripods 🙂 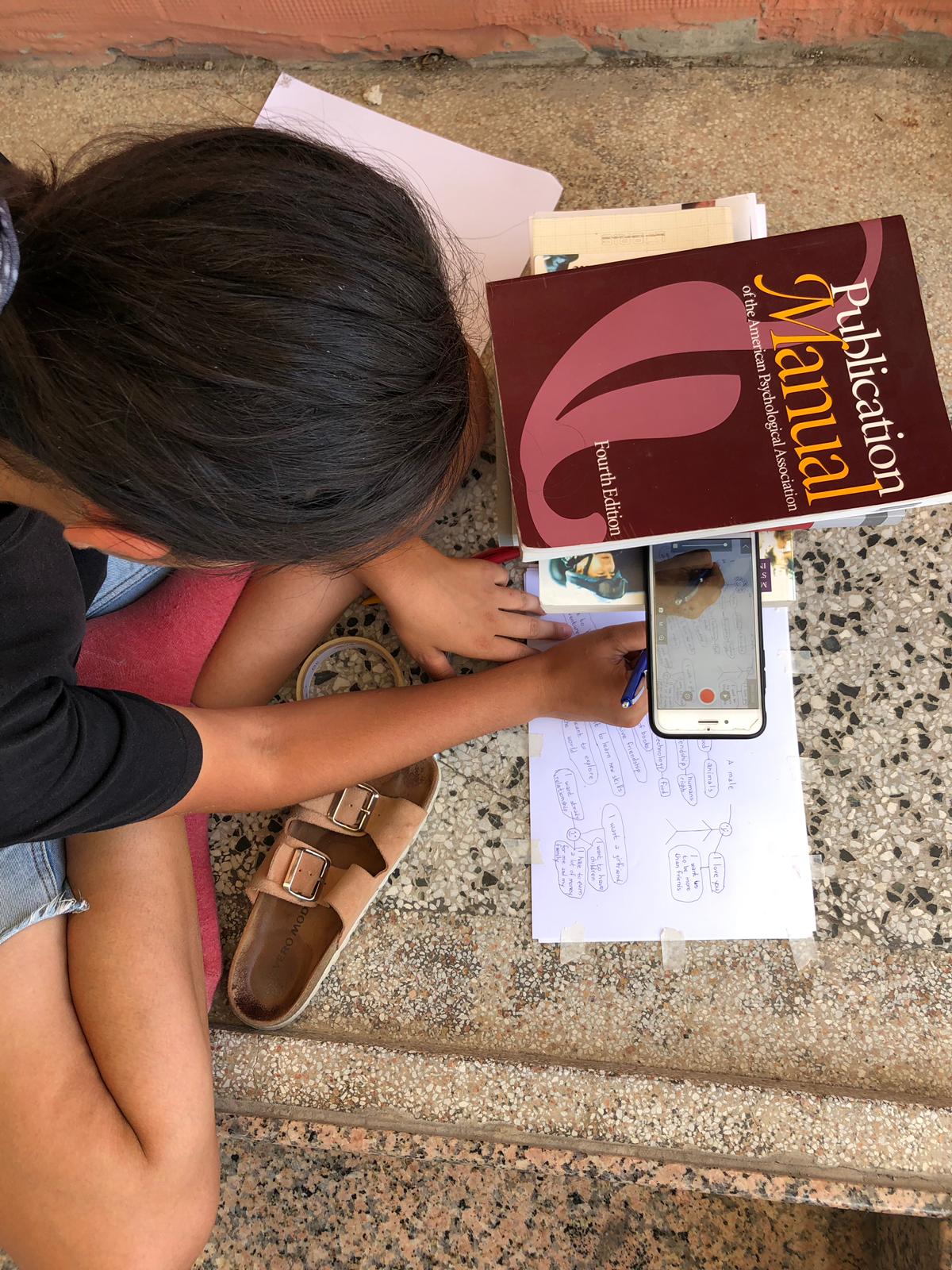 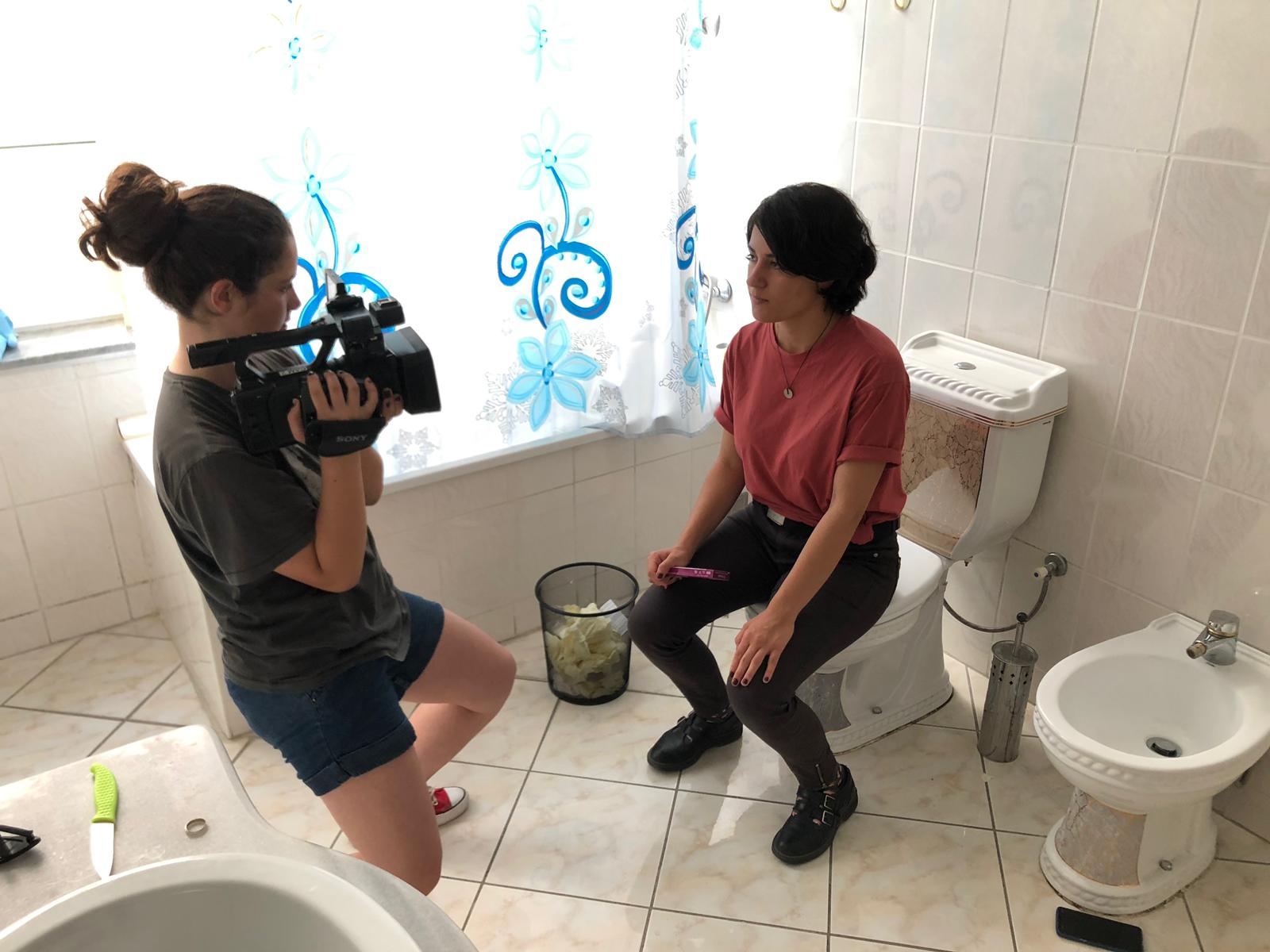 The festival continued until the 21st of July, when art.1 left Prishtina with a bittersweet feeling and looking very much forward to see more of what these young artivists are going to do in the future.

The In-Visible Film Festival was a queer festival which took place between the 23rd and the 26th of May, in Baku, Azerbaijan. It was...
Read more
Events

Stichting art.1 has been in Ljubljana, Slovenia, for the Multiplier Event of our project Perform2Reform, organized by our partner Legebitra. The event consisted of...
Read more
Events

A multiplier event promoted by Legebitra as part of the Perform to Reform project will take place on June 21st, in Ljubljana, Slovenia.  It...
Read more
Events

Through a partnership between Stichting art.1 and LGBT World Beside, we held a storytelling and podcast workshop as part of the project Queer Faces...
Read more

In June 2018,  Stichting art.1 was invited to present Queer Faces Migrant Voices in Split, Croatia as part of qFest Film Festival. During this...
Read more
News1

Best Project of the year nomination