The filmmaking training in Tirana started on the 10th of May and it took place in the Marubi Film Academy. The group of participants consisted of 9 people, with ages ranging from 17 to 29 years-old. They all shared an affinity for the arts and particularly for filmmaking, but most of them hadn’t had the opportunity to really learn about it until now. During the introductions, it was also immediately evident that they were very interested in engaging with LGBTQ+ rights and gender equality issues, and that they were very excited to learn how to do so using film. 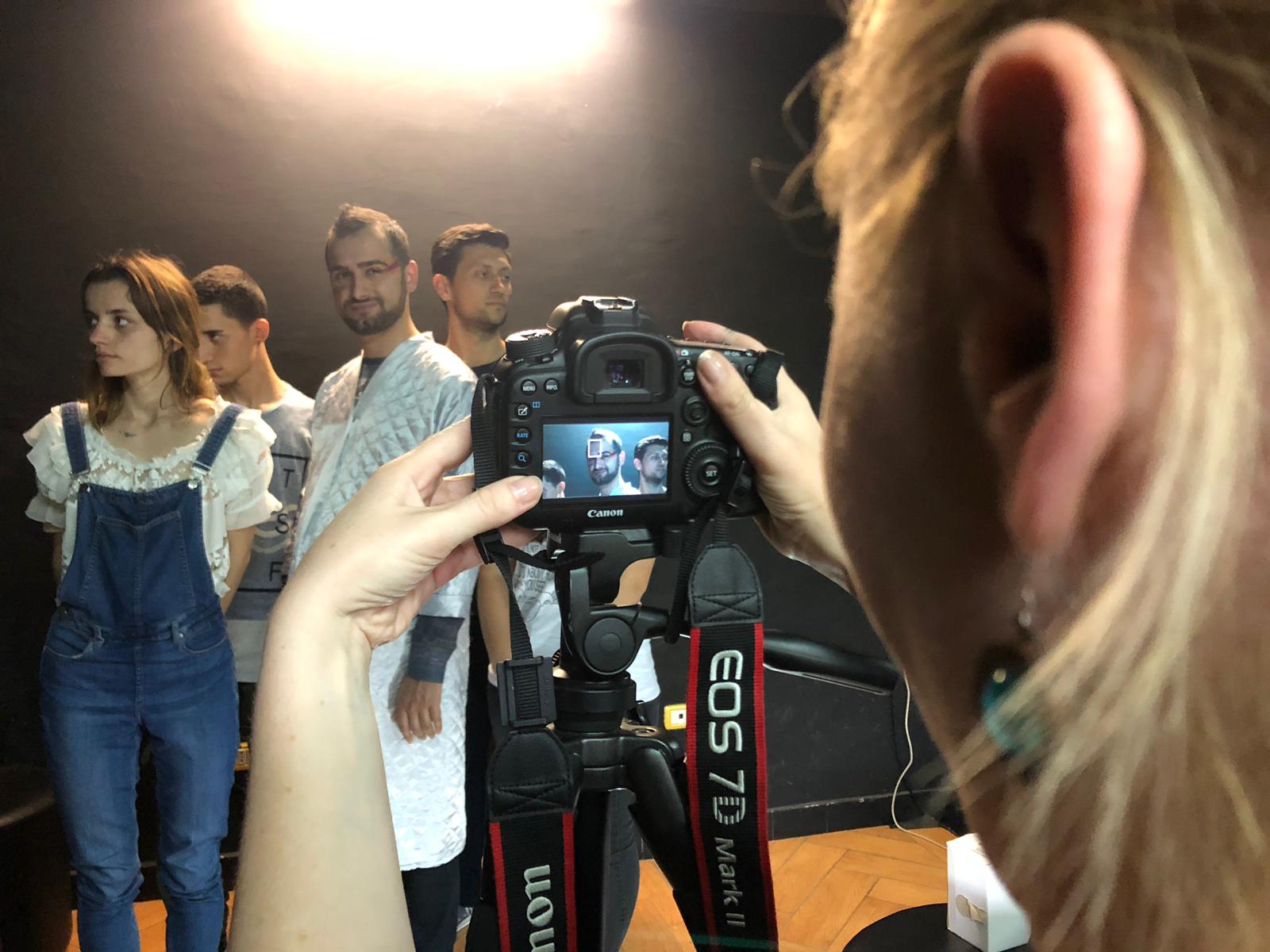 What followed were three very intense days, filled not only with theory learning but also with moments for reflecting, sharing, and experimenting with the cameras. The very first exercise consisted of them gathering in small groups to create a film with only five shots, where they would advertise a product that they wished existed. As results, we got a banana with a shape that wouldn’t be as easily sexualized, which stated that “it seems to be easier to change the shape of food rather than people’s minds”. The second film presented a machine and a card that would grant women free access to sanitary products, in order to avoid the costs adjacent to them, and the third group worked on an “anti-patriarchy” juice. 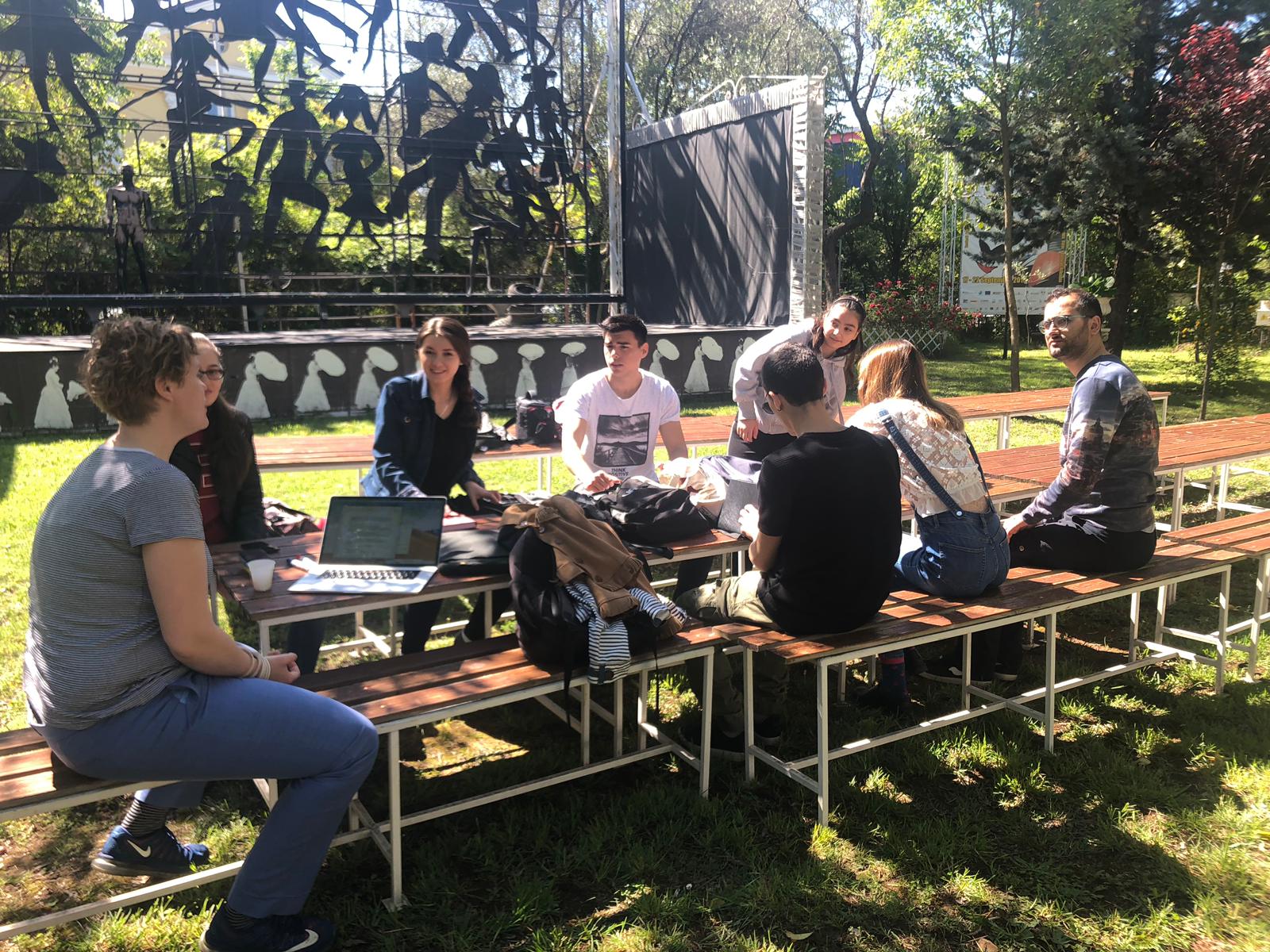 During the last stage of the workshop, the participants had to work in an 8-hour film project, including developing a concept, writing and pre-producing, shooting and then editing. At the end of the day, we got to watch all of their projects in a final screening. The first film was an animated response to a poem by the participant Thimi, which talked about being a star, even in moments when one feels sad and alone. They also worked on the story of a man who found out that his sister had a relationship with a girl and responded by murdering her. The film proposed an alternative scenario where she got her revenge by locking him up and threatening him. In addition to raising questions regarding homophobia, this was also a critique on the Albanian tradition of family members getting revenge on other families. The last film, on the other hand, portrayed a case of online bullying and aimed to function as an awareness campaign to prevent suicide and address mental health issues. As a bonus, we also got to see a short animation against homophobia on which one of the participants had worked on the night before. Towards the end, they presented the ideas that they have in mind and that they will use when the time comes for them to apply for the project mini-grants which will allow them to create their own documentaries.

“I believe that many young people in our country are very creative but we don’t have many opportunities where to show our ideas. I personally think that movies are a great tool that if used in the right hands can make a big change because films have the power to influence people and make them think deeper. Films can elicit deep feelings and help us reflect on our lives”.

– Participant in the workshop

Chris in TEDDY Jury at Berlinale 2020

We are very glad to announce that our director Chris Belloni will be taking part as juror in the jury for the TEDDY Award...
Read more

In June 2018,  Stichting art.1 was invited to present Queer Faces Migrant Voices in Split, Croatia as part of qFest Film Festival. During this...
Read more
News1

Best Project of the year nomination